The mitral valve is a left sided valve that is present between the left atrium or collecting chamber and the left ventricle or the pumping chamber. It is made of two leaflets suspended like a parachute by chords attached to the heart muscle.

The valve is commonly affected by degenerative disease in the west and by rheumatic heart disease in the developing world. Previously surgeons used to replace the valve and now the trend is more towards retaining what God’s given us and to repair as far as possible.

1,2 and 3 are majorly used for degenerative disease of the valve where the leaflets are very large and ballooning out. They are trimmed to size and valve remodeled. While 3,4 and 5 are tailored more for rheumatic mitral valve disease. Mitral valve replacement is a low risk operation and is used nowadays only when an attempt to repair has failed and not as the first choice. The choice of valve depends on the age and needs of the patient. 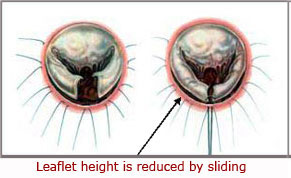 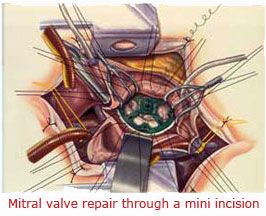 The mitral valve is very user friendly and can be approached in multiple ways making it a good valve to access with very small incisions, endoscopically, robotically. The different ways of doing mitral valve surgery are as follows.

Dr. Adil Sadiq
Cardiologist
Dr. Adil Sadiq has the distinction of probably being the only Cardiac surgeon in South India who is trained in Robotic Cardiac surgery. He is one of the very few surgeons in the country, who has extensive experience in minimally invasive cardiac surgery, including endoscopic approaches and is one of the very few surgeons performing Video Assisted Thoracoscopic Surgery (VATS) in this part of the country.
Procedures
Most Commented
Popular tags
BestHeartSurgery